A role model of humility, gentleness and respect 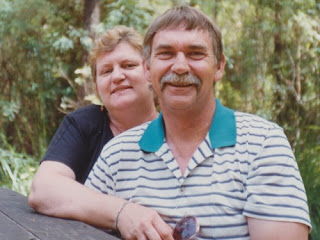 On the occasion of my father’s 75th birthday I’m given cause to reflect.  I’ve known him over 50 years. He has been my Dad and I have been his son, and he has been the grandfather to my children, and is now a great grandfather to my grandchild.  The way I think of life, I don’t assume that he will be around forever, and indeed I’m truly thankful that I’m in my 50s and he’s still around.
Like with all our parents, my father and I have had our moments, and the more negative ones are few, and as a younger person always couched in love wanting me to be better.  As a youth there were often times where he spoke into my life, usually through a brevity of words that were nonetheless impactful.  Dad has always been a key influencer in my life.  I can think of a handful of times when it was about tough love, like when I got my hair bleached and wore earrings (1980s ‘mod’ style), but mainly it was about nurture.  Early on it was through helping fix the car or participating in fishing expeditions (when I would generally suffer seasickness), where we got to spend many hours together.  Dad would often help with my maths and science homework, because his talent as a skilled craftsman was around calculations, and much of my early love for mathematics was due to his ability to teach me a passion for numbers, patterns and formulas.
Later in my youth, I found I loved metalwork, and that led me to do a mechanical apprenticeship in the same trade as Dad.  My two younger brothers became fitter machinists, too.  So, there were four of us in a family of five who could talk at length about shafts, bearings, sleeves, lathes, screw threads, mirror finishes, ‘thous’, keyways, overhead travelling cranes, gearing and shrink fits, and the like.  In my 20s, for nearly five years, I had the honour and privilege of working with Dad in a large industrial workshop where I got to see how incredibly skilled he was in operating a metal turning lathe.  Not only that, I got to see how many men revered my father for not only his proficiency in lathe work, but also for his character.  He was a man unequivocally respected, and if I hadn’t had the chance to work alongside him, I would never have seen that.  So, for that, I’m truly grateful.
But it wasn’t always about what I did with Dad that made the difference to me.
When my first marriage folded overnight, and I found myself rebuilding my life completely against my will, my father became a crucial part of a counselling team of two (alongside other mentors, including two AA sponsors, two pastors and their wives, and another church elder).  My mother and father would sit there and listen as I told my sorry story over and over again.  They held my pain and bore my burden.  It was so much to ask, but of course as parents we feel we have no choice but to support our children, and my father and I grew closer together as a result.  During this time, Dad had a significant knee surgery that meant he couldn’t walk for nearly 6 months.  This period of time nearly broke us both individually, but together we grew strong.  Another time that nearly broke us both individually was when Sarah and I lost Nathanael, because, on top of our grief, it dredged up many memories of how Mum and Dad had lost my sister Debbie to stillbirth back in 1973.  One thing I know about my Dad is that his sensitivities are beautiful.  I’m proud to say, he is not one to be able to deny his emotions.
I have come to see that Dad has been a role model of humility, gentleness and respect.  A role model, because in so many ways, without him knowing it, he has shown me what I have lacked.  He genuinely considers others better than himself, and not out of seeing himself as useless or worthless.  Apart from a few occasions as a child, I never saw Dad lose his temper, and yet anger has been something I have had to tame and work on.  Dad’s respect meshes in nicely with his humility; it is innate to who he is.  I get the impression that the reason people revere Dad is because he reveres everyone.  He has reaped what he has sown.
Dad taught me and those in my family about love through how he has loved Mum.  In fact, it’s often been said that the way Dad has loved us most and best is how he has loved Mum.  Actually, in loving Mum with the utmost respect, he has modelled how a man is to treat a woman.  He has always been the type to show love through action rather than words, but that doesn’t mean he hasn’t spoken much humble wisdom over the years, because he has.
I don’t know how many more years I get to be blessed by the presence of my Dad in my life, but I will take every one of them as a gift.