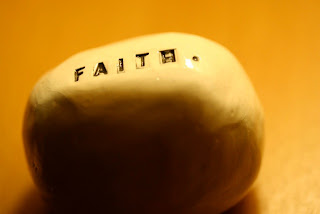 Prior to raising Lazarus, speaking to his sister, Martha, Jesus said:

“I am the resurrection and the life. Those who believe in me, even though they die, will live, and everyone who lives and believes in me will never die. Do you believe this?”

This may well be the most visible of all things Jesus said on resurrection, and he certainly said a lot on it. What’s most important, here, is Jesus is linking the concept of rising from the dead with his very person.

Biblically, it remains beyond doubt that Jesus died and was resurrected on the third day. It’s a truth accepted by faith. And those accepting this truth are saying they agree with the possibilities and reality of living in eternity, for Jesus links the concept with belief not only in what he’s saying, but in him, himself.

Believing, here, is seen as the ticket to eternal life. Jesus uses compelling language in this passage to reinforce the link between belief and never dying.

I am aligning these two, here.

Some truths we know by fact; we have concrete evidence of them. Other truths we believe to be true. These are accepted by faith.

Factual truths and believed truths — from a human context — are equivalently powerful.

Agreeing with This Biblical Truth

If we’re going to come close to living this resurrection reality, as we look forward to entering heaven at death, beyond normal imaginative doubts, we must agree.

By expressing faith in the gospel accounts — historical records of tradition that have lasted nearly 2,000 years — we believe. We take the gospel writers, scribes, copyists, and scholars at their faithful word.

We trust the chain of custody over those interceding centuries.

It becomes our truth, as this truth has served many millions before us.

We thereby carry the torch of the Lord in holding emphatically to this truth — that we acknowledge is one we live by, in faith.

The Christian challenge, so far as truth’s concerned, is to believe — again, by faith — in the whole gospel... to consider what’s written in the Bible as God’s truth, and totally inerrant. This means we believe there to be no errors in it; we believe it from cover to cover; every word... by faith.

We don’t have to convince the next person of what we believe — we just believe, ourselves, by faith. Their beliefs are their business; between them and God. What they believe becomes their truth. It’s nothing for us to stress about.

Our challenge, one that’s issued by Jesus, is to agree; like Martha did:

“Yes, Lord, I believe that you are the Messiah, the Son of God, the one coming into the world.”

Is this what we believe too?

Posted by Steve Wickham at 9:53 PM

Steve Wickham
Like you, I hold several roles: among mine are husband, father, peacemaker, championing peacemaking for children and adults, conflict coach and mediator, church elder, a pastor if you wish, counsellor, funeral celebrant, chaplain, mentor, and Board Secretary. I hold Degrees in Science, Divinity (2), and Counselling. I am also a Christian minister serving CyberSpace i.e. here.